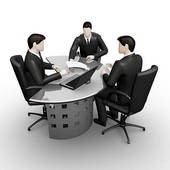 Speaking at a Brexit conference in Dublin on Monday, June 26 last, Catherine Day, a former secretary general of the European Commission and now a special adviser to Commission president, Jean- Claude Juncker, said that the UK’s position appeared to be: “we want everything we like and we don’t want anything we don’t like.” She continued:

“What we are seeing in the political negotiating team is people who don’t really understand how the EU works and are now just beginning to discover it very late in the day,”

Later that day, speaking at the Times CEO conference in London, the UK’s chief Brexit negotiator, David Davis, made some comments which appear to have confirmed Day’s diagnosis:

“We are seeking a new deep and special partnership with the European Union, underpinned by an ambitious and comprehensive agreement on free trade and customs. These will cover goods and services, and we want them to ensure the greatest possible tariff and barrier-free access to each other’s markets. Tariff and barrier free, both those things. To make sure such an agreement is properly enforced, we will seek a new dispute resolution mechanism. It won’t be the European Court of Justice, it will be international.”

Oh, and all this can easily be done by March 2019, according to Davis. If unrealistic, still more realistic than former Conservative Cabinet Minister, Peter Lilly, who once said it could all be done in 10 minutes.

Decoded, this amounts to the UK government wanting all the benefits of the EU’s Single Market and Customs Union, but wrapped up as trade deal, so it can tell hard Brexiteers that it has left both.

Further, the UK would not have to make the financial contribution to the EU that it makes today and will not accept the jurisdiction of the Court of Justice of the European Union (CJEU) when it comes to settling disputes over treaty matters.

You only have to see Davis’s comments in this way to realise that, if that is really what the UK thinks it can get, then the UK’s negotiators are deluded if they believe that the EU would offer such a deal. And the deal is the EU’s to offer, not the UK’s to demand.

As an aside, the Labour Party leadership, though not a great many of its MPs, is equally deluded. It wants a Brexit deal that “delivers the exact same benefits the UK has as a member of the single market and customs union”. As Denis McShane puts it, they want to be “able to swim without getting wet”.

What the UK wants is somewhat akin to a person who resigns from a club and stops paying the membership dues, but then says he wants a “special relationship” with the club whereby he has access to all the club’s facilities but won’t pay the membership fee and will not accept the authority of the rules committee. We are not aware of any club that is in the business of offering such “special relationships”. They would go bust pretty quickly if they were.

All of which led us to think about the UK’s approach to Brexit from the perspective of good negotiating practice.

Understanding Negotiations
Many of the readers of this Briefing have spent a lifetime involved in labour relations negotiations. We know how to approach negotiations in order to secure a positive outcome on terms acceptable to our side. We also know that 80% of the work involved in negotiations take place before you even sit down with the other party.

The basic rules, as we see them, are:

a. Build consensus
b. Present a united front. Never discuss disagreements in public.
c. Agree on roles. Who will present your arguments. Ideally, there should only be one singer in the band.

2. Have clear, precise objectives. Know what you want to achieve out of the discussion.

3. Establish what the Harvard Negotiating Project calls your BATNA – Best Alternative To a Negotiated Agreement.

4. Identify your leverage. What power resources do you have that will tilt the process in your direction? Knowing your BATNA helps in this regard.

5. Identify your exposure. What areas do you have to protect to ensure your weaknesses are not exploited.

7. Know thy enemy. Finally, when you have done all the preparation work turn around and do it again as if you were the other party. Every good team manager works hard at anticipating the game plan of the other team so that they can work out how to neutralise their strengths and exploit their weaknesses.

8. Manage stakeholder expectations. Knowing your objectives and BATNA, and doing the homework, means that you will generally not promise to overdeliver.

9. Manage the expectations of the other party before you begin talking. The best way of doing this is to “drop an anchor”, i.e., write the proposal. One former British diplomat calls this the “power of the pen”.

10. At the end of each round of talks, agree what you have agreed.

Only when you have left can you negotiate a trade agreement with the EU. The EU is a rules-based institution. Those rules say it cannot negotiate a free-trade agreement with one of its own members, even if that member is leaving. Some of the UK side seem to believe that language found in Article 50 of the EU Treaty allows the EU to negotiate such a deal. The relevant words read: “….taking account of the framework for its future relationship with the Union.” Those words cannot be read as implying that a deal must be done with the departing country before it leaves. On the contrary: it simply means that “account” will be taken of the “framework” of the “future relationship” i.e., that after leaving the UK, as a third country, will be free to negotiate a trade agreement with the EU.

What Would We Do?
Good negotiators should never just state a problem. They should also offer a solution. Here is our attempt at a solution to the Brexit problem.

It is in neither sides’ interest that the UK crashes out of the EU in 2019. That would be damaging for both parties, more so for the UK. A transition from membership to non-membership has to be found. Continuing membership of the Single Market and the Customs Union has been suggested but there are problems with both for technical and legal reasons. As we have said before in this Briefing, there has never been a Brexit before so the parties are free to look for mutually acceptable solutions. We need “outside the box” thinking on this. Maybe something along these lines:

1. The UK has served Article 50 notification that it wants to leave the EU. It should now indicate formally that, after it leaves, as a third country it wants to negotiate a comprehensive free trade agreement with the EU. The EU agrees to negotiate such a deal. As part of the Article 50 negotiations it is agreed that the UK will leave the EU in March 2019. If the negotiations are concluded before that date this gives the UK time to prepare for the trade agreement negotiations.

2. To allow space for the negotiations, the UK accepts that for a period of three years, extendable to five by agreement, it will continue to act as if it were a member of the EU, accepting free movement and decisions of the CJEU, but without participating in EU decision making processes and the EU agrees to accept it as such. (De facto Membership, rather than De Jure membership. A new legal category: Departure Status, as opposed to Candidate Status). Further, the EU accepts to consult the UK on proposed measures during this period which the UK signals are “of concern”, but without giving the UK a veto on such measures. Let’s call this the “Barnier-Davis Departure Process”.

3. During the 3-5 years of the process it would be open to the UK to change its mind and to say that it wished to remain a member of the EU. The EU would accept this, without insisting on the usual application process, but it would be free to propose new membership terms to the UK. Unless you believe that the decision of June 23, 2016 is a “sacred decision” that can never be reversed then you have to accept that the UK electorate may change its mind over Brexit. That’s called democracy.

Such an approach allows all parties the time and space to manage Brexit in an orderly fashion. It also leaves all options open to the UK. We offer it as something for others to build on.