END_OF_DOCUMENT_TOKEN_TO_BE_REPLACED

This analysis of recent developments was written and posted on Monday, May 18th, 2020

“Fog in the English Channel, Continent Cut Off” may or may not be an actual UK newspaper headline, but could easily sum up the remarks of the UK’s Brexit negotiator, David Frost, last Friday after another round of discussions between the EU and the UK.

“We made very little progress towards agreement on the most significant outstanding issues between us,” Frost said, adding it was “…hard to understand why the EU insists on an ideological approach which makes it more difficult to reach a mutually beneficial agreement”. Frost’s comments were repeated on a Sunday TV show by Cabinet Office Minister Michael Gove who said “…there’s a philosophical difference” in the UK-EU negotiations

“This makes me believe that there is still a real lack of understanding in the United Kingdom about the objective, and sometimes mechanical, consequences of the British choice to leave the Single Market and the Customs Union.”

END_OF_DOCUMENT_TOKEN_TO_BE_REPLACED

It is perhaps appropriate that, in these far from normal times, that this BEERG Brexit Briefing is longer and more detailed than normal. The reason relates directly to the complexity of the question which I pose and then attempt to answer as comprehensively as possible: if there is no Brexit transition phase then can there be a deal?

There will be no request from the UK to extend transition beyond the end of 2020. Nor will a deal be in place by then on the future relationship between the EU and the UK. On December 31 next, the UK will leave the EU’s single market, customs union, and associated agreements and protocols. It will be a “third country” outside the EU’s legal order. The fallout will not be pleasant. The politics will be ugly.

This is where the logic of Brexit leads and “Hard Brexit” politicians are now dominant in the UK.

Brexiteers believe that the UK, no matter what the circumstances, will always be better off out of the EU than in. For them, quite simply, the EU has nothing to offer the UK. Only this disdain for all things European can explain the failure of the UK to join the EU program scheme to bulk-buy PPE earlier this year  . The “my dog ate the email” excuse (and others) proffered by ministers simply fails to stand up.

December 31 next cannot come quickly enough for Brexiteers, the economic disruption from Covid-19 notwithstanding. They want to be able to wake up on January 1, 2021 and say: “Free at last, free at last, thank God almighty, we’re free at last”.

END_OF_DOCUMENT_TOKEN_TO_BE_REPLACED

Brexit is done. The United Kingdom has left the European Union. And it is always worth repeating that it was the UK’s decision to leave. It wasn’t asked to leave. Much less was it expelled. And, as elsewhere in life, leavers don’t normally get to dictate the terms of their leaving.

Brexit cannot now be cancelled, and the UK no longer has the option of remaining in the EU on current terms and conditions. The UK had no part in the negotiations over the past two weeks on the EU’s latest €500bn Covid-19 package and it will have no part in any future EU discussions on rebuilding Europe’s economies in the years ahead.

All that remains is for the EU and UK to work out the terms of the future relationship between the two. This agreement will not only need to cover the basics of trade in goods and services, but also issues as diverse as data transfers, aviation, road transport, financial services, fisheries, nuclear energy, personal and business travel arrangements, as well as potential UK participation in a wide range of EU scientific and other programs, if it wishes to do so.

While the UK has legally left the EU, the two sides have agreed a “transition year” to run until December 31, 2020. Because of this, there has been, to date, no visible impact of the UK’s exit. For the moment, there are no new custom checks and no new barriers to trade between the two. Travel between the UK and the EU, and vice versa, continues as before and UK citizens can still benefit from EU initiatives, such as the European Health Insurance Card (EIHC).

END_OF_DOCUMENT_TOKEN_TO_BE_REPLACED

This blogpost was written on Saturday March 7th. 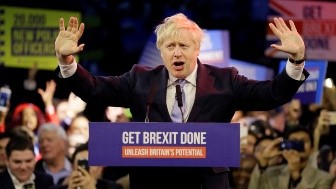 The first week of negotiations on the terms of the future relationship between the EU and the UK after the end of 2020 transition year opened this week in Brussels. The previous week both sides published their negotiating mandates. The EU mandate can be found here. The UK´s here.

All the consequences of Brexit flow from the UK´s decision.

The UK is walking away from the deal it now has, as an EU member, of frictionless trade in goods, liberalised access for the services sector, and full integration into intra-EU data flows covering individuals, businesses, and justice and security matters. The UK government has now accepted that any future deal will be worse than this, will generate border delays and frictions, will curb services access and disrupt data flows.

Business will take a hit, in some cases a very big hit (see below). But, as is it right, the current UK government has privileged sovereignty and law-making autonomy over economic and commercial considerations.

END_OF_DOCUMENT_TOKEN_TO_BE_REPLACED

Brexit is breaking bad. There are no grounds for thinking that there will be any deal between the EU and the UK concluded before the end of this year. Businesses and individuals would be well advised to prepare for a situation where trade between the UK and the EU is conducted from January 2021 onwards on minimalist World Trade Organization (WTO) terms, with all that will mean for border delays, paperwork and new bureaucracies.

All those other areas of life that are dependent on EU/UK agreements, such as air and road transport, data transfers, business travel, tourism and countless others will be dealt with by stop-gap measures, if at all. Google has already decided to move all its UK users data to the US. The chances of the UK getting an “data adequacy” decision from the EU recedes by the day. END_OF_DOCUMENT_TOKEN_TO_BE_REPLACED

And so, Brexit is done. As of midnight, last Friday, January 31, Brussels time, the UK left the European Union. As of today, it is now a “third country”, anchored outside the EU´s legal order, free to go its own way and chart its own course. This will not become evident for another year, because the UK, as part of its Withdrawal Agreement, has accepted to follow all EU laws during 2020 as if it were still an EU member, including any new laws that come into force during the year.

But the UK will no longer have a voice in EU decision making in 2020. No UK EU Commissioner, no members of the European Parliament, no involvement of UK officials in the hundreds of EU meetings that take place every day.