Brexit will never be done.

Because it can never be done. Not for as long as the UK sits 50km off the European mainland and does 50% of its business with Europe. Not when the island of Ireland sits behind it – and the north east corner of that island is contested political ground.

Brexiteers may wish the UK was in the middle of the Pacific, as far away from Europe as possible, but that is not going to happen any time soon. Actually, it is never going to happen.

Brexit, for the Brexiteers, is a labour of Sisyphus. Just when they think they have pushed the boulder of absolute sovereignty to the top of the hill it rolls back again to the bottom requiring yet another heave to get Brexit over the line.

END_OF_DOCUMENT_TOKEN_TO_BE_REPLACED 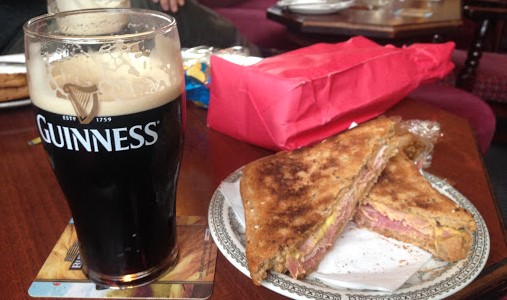 It was back in 1972. I had joined the Workers Union of Ireland, now part of SIPTU, as a trainee official. Full of naïve, student radicalism. Impatient to change the world.

I was assigned to learn my trade with an old-time official named Paddy.

Paddy was had risen through the union ranks from a shop-floor worker, to shop-steward, to full-time official. He was no intellectual, but he was full of what we would nowadays call “street-smarts”. An old-fashioned, working class union official whose heroes were Larkin, Connolly, and Bevan. Marx and Lenin didn’t come into it.

At the time, Paddy was in discussions about the renewal of a two-year agreement with a major food company. I was the junior bag carrier.

END_OF_DOCUMENT_TOKEN_TO_BE_REPLACED

When I started to write this piece yesterday, I opened it with the following paragraph:

As I write this on Saturday, October 17, I have no idea whether there will be a trade deal between the EU and the UK. I do not know if talks between the two on such a deal are genuinely over. It is not clear if the discussions between the two lead negotiators, Frost and Barnier, scheduled for London this week, will actually go ahead or remain cancelled, after Frost told Barnier on Friday night not to bother turning up unless he had a new offer to make to the UK.

The next morning, Sunday, I read Michael Gove’s article in the Sunday Times. In it Gove accuses the European Union of trying to ‘tie our hands indefinitely’ as he claims the UK has ‘no choice’ but to prepare for a no trade deal split from the bloc at the end of the year.

END_OF_DOCUMENT_TOKEN_TO_BE_REPLACED 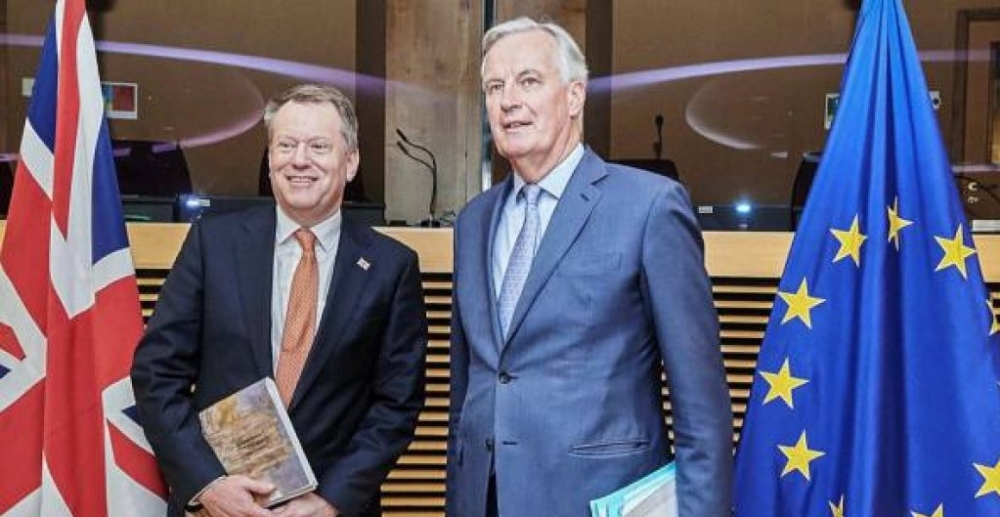 At best, an agreement will provide for tariff free and quota free trade in goods between the two. But such an agreement would not eliminate the need for paperwork and customs checks, to certify such things as “rules of origin” – where the goods in question, and the components in them, were actually made. Indeed, it has been estimated that UK business will need to recruit at least 50,000 customs agents just to handle the additional paperwork involved in the export of goods.

END_OF_DOCUMENT_TOKEN_TO_BE_REPLACED

A week or so ago, I came across this tweet from Simon Fraser, whose Twitter profile says: “Managing Partner Flint Global. Vice Chair Chatham House. Was Perm Sec UK Foreign Office & Business Dept & Chief of Staff EU Trade Commissioner.” A person, therefore, of some considerable substance and experience.

A good moment, after downbeat official comment on the latest #Brexit talks, to remind ourselves just how extraordinary a failure of successive governments it will be if UK leaves EU after four and a half years of negotiation with no agreement on the future relationship.

Which prompts the question: was an agreement ever possible? Or was Brexit always framed in such a way that for Brexiteers “no deal” was always the only “true Brexit”?

But before seeking to answer this question, let’s look at where we are now, following another couple of weeks of inconclusive talks between the EU and the UK. To put it as its simplest, the July intensive rounds of talks, triggered by Boris Johnson’s demand to “put a tiger in the tank”, turned out to be little more than dinner in Brussels one week, in London the next.

END_OF_DOCUMENT_TOKEN_TO_BE_REPLACED

The sting was in the tail. It was the last few paragraphs that really told the story. You couldn’t mistake what the story was. And it is still the story today. It is a never-ending story.

British Brexiteers will never rest content until the EU collapses. Which is why an agreement between the EU and the UK is close to impossible. How do you cut a deal with people who believe your very existence is illegitimate and would happily see you implode?

In 2016, some months before the Brexit referendum, Michael Gove then, as now, a UK cabinet minister made a speech  setting out the case for Brexit. The speech was called:  The facts of life say leave, but most people better remember it for one of its key lines “The day after we vote to leave we hold all the cards and we can choose the path we want.”

END_OF_DOCUMENT_TOKEN_TO_BE_REPLACED

Brexit is breaking bad. There are no grounds for thinking that there will be any deal between the EU and the UK concluded before the end of this year. Businesses and individuals would be well advised to prepare for a situation where trade between the UK and the EU is conducted from January 2021 onwards on minimalist World Trade Organization (WTO) terms, with all that will mean for border delays, paperwork and new bureaucracies.

All those other areas of life that are dependent on EU/UK agreements, such as air and road transport, data transfers, business travel, tourism and countless others will be dealt with by stop-gap measures, if at all. Google has already decided to move all its UK users data to the US. The chances of the UK getting an “data adequacy” decision from the EU recedes by the day. END_OF_DOCUMENT_TOKEN_TO_BE_REPLACED