This blogpost was written on Sunday June 16th, 2019 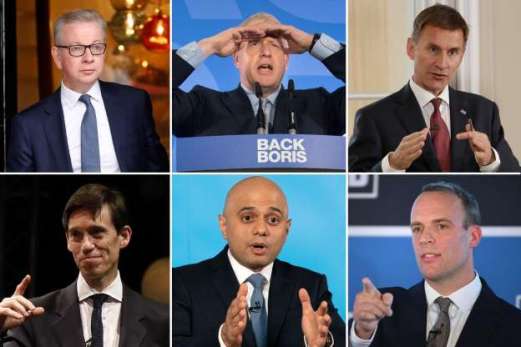 Next Sunday will be June 23rd. It will be three years on from the date the UK voted to leave the European Union. Or, to be more accurate, the date a majority of those who voted in England and Wales so voted, while a majority in Scotland and Northern Ireland voted to stay.

With just a week to go to the third anniversary of the vote to leave we still have no idea what leave means and when it will happen. If, indeed, it will happen. Never has a project of such constitutional and economic importance been so ill-conceived, ill-prepared and ill-managed.

Since David Cameron decided that a referendum on EU membership was the only way to manage internal strife within the Conservative Party, Brexit, as it has come to be known, has chewed up and spat out two Conservative prime ministers.

Cameron himself fell on his sword on the morning of June 24th, leaving the mess he had created to be cleaned up by others, skipping off to buy a garden shed where he could sit and write his memoirs.  Suggested title: “Britain, My Part in its Downfall”.

Cameron’s successor as Prime Minister, Theresa May, soon came to realise what a cross Brexit was to bear. When she was “crowned” Tory leader and Prime Minister she found that there was no plan for Brexit waiting on the desk in No 10 because Cameron thought such a plan would be unnecessary. He was so sure he would win the referendum that he would not allow the civil service to develop a plan, just in case word of it leaked and undermined the Remain campaign. No wonder he disappeared off to his garden.

Surely, however, those who had masterminded the Leave campaign had a Brexit plan “shovel-ready”? As many of the Leave campaign leaders had spent a political lifetime demanding that the UK quit the EU, it would be reasonable to assume that they knew in detail what this would involve and how to go about it.

Apparently not. If Cameron had no Brexit plan, then neither did the Brexiteers.

As we have written before there were a number of reasons why an “Exit to Brexit” roadmap had not been drafted by those whose lifetime mission it was to pull the UK out of the EU.

First, and now underestimated in importance, was the deeply held belief – on the part of many Brexiteers – that the EU was on the point of imploding, shattering back into 28 sovereign European national states which they saw as the proper, natural order of things. Brexit would be the first domino. The rest would then fall.

The belief that the EU project was doomed is well caught in this 2015 article from the Daily Telegraph.

As the EU disintegrated, the UK would stand ready to pick up the pieces and take the lead in putting together a new pan-European free trade area, shorn of all the EU “super-nationalisms” that Brexiteers so detested. That this did not happen and that support for the EU has never been higher is beside the point. Brexiteers believed it at the time and beliefs drive actions.

If the EU was disintegrating, then leaving the EU would be easy. It would be simple, could be done in an afternoon. As current Tory leadership hopeful, Michael Gove put it then, the UK would hold all the cards. No real thought was put into what would happen if the EU did not disintegrate. Because it was going to. Brexit theory said so.

While disintegration might take some time, the EU would be so weakened in the meantime by the UK’s proposed exit that it would readily agree to whatever terms the UK put on the table. Not only would the UK be able to eat its cake, it would be given a doggy bag to take it home as well.

More pragmatically, the Leave campaign did not want to craft a Brexit plan because its leaders knew that no matter what they proposed some – or even all – of their coalition would object that it was not what they believed Brexit to be. So, Brexit became a blank screen onto which each and every group could project its own fantasy Brexit.

The Leave campaign was emotionally charged and negative. It was for others to deliver what it wanted, even if it never said what it was that it wanted. Beyond leaving the EU. Whatever that meant.

So, all Theresa May found when she walked into Downing street as Prime Minister was a blank sheet of paper. She could have taken time to work out a Brexit plan that would command a consensus across the House of Commons, perhaps a “political Brexit” rather than an “economic Brexit”.

Instead, she decided that she and the Conservative Party would “own” Brexit and run with it for all it was worth. Instead, she took the blank sheet of paper and wrote “Brexit means Brexit”.

She then proceeded to add some red lines. Brexit would mean not only leaving the political institutions of the European Union but also the single market, the customs union and the jurisdiction of the European Court. No deal would be better than a bad deal.

May took close on nine months to work out her Brexit proposals, finally submitting the UK’s resignation letter on March 29th, 2017, kickstarting a two-year negotiating period during which the UK’s exit terms would be agreed with the EU.

By March 29th, 2017, not only had the EU shown no signs of disintegrating but it had put together a bullet-proof Brexit plan of its own. There would be no negotiations without notification, no pre-cooking of any deal with the UK. Talks would only start when the UK submitted its resignation letter.

Nor would there be any London/Paris, London/Berlin or, given the Irish border issue, London/Dublin talks. No divide and rule. Just Brussels/London, and always in Brussels, never London.

The EU insisted that negotiations were to be conducted sequentially. Exit terms first, and only when these terms were agreed would talks on the future relationship begin. As is all too well known, the EU’s priorities for the exit terms were the settlement of the UK’s financial obligations to the EU, citizens’ rights and the Irish border issue.

Eventually, May settled on a package with the EU involving a Withdrawal Agreement on the exit terms and a Political Declaration on the future relationship, which respected the red lines May had drawn.

Quite frankly, to many European observers that package was better than they thought the UK had a right to. It would have seen the UK leave the EU on March 29, 2019, move into a transition period during which everything would stay much the same, and which would also provide time and space to work out the granular details of the future relationship between the two parties. If no deal was done by the end of the transition period “backstop” arrangements would fall into place.

However, in so far as May had ever attempted to manage expectations, she managed them badly. While the Brexit package was the best that could be achieved in the circumstances it fell well short of how many in the Conservative Party had now come to define Brexit.

Some wanted a Brexit that would retain all the economic benefits of EU membership with none of the obligations, as did the Labour leadership.  Others seemed to want to cut the UK adrift from the EU completely and tow it somewhere into the middle of the Atlantic.

In the end, May, like Cameron, also fell on her sword, though she was given a fairly hard push to get her moving.

So, today, we are in the midst of an election to pick the next Tory leader and Prime Minister. Candidates are rolling out mini-manifestoes and claiming that if elected on these manifestos they will have a “fresh mandate” to head off to Brussels to reopen Brexit negotiations, not to mention resetting domestic policy on everything from tax cuts to a points-based, Australian-style immigration system.

In truth, they will no such “fresh mandate” because the only way to get such a mandate is through a general election. It is not within the gift of the Tory Party selectorate to award it.

As long-time analyst of the Conservative Party, Professor Tim Bale, notes, the 160,000 strong selectorate is 70% male, 97% white, 86% social class ABC1, 50% of whom read the Telegraph or the Daily Mail and who have an average age of 57. And nearly 60% of them voted for the Brexit Party in the recent European Parliament elections, according to a YouGov survey.

The Tory selectorate is clearly not a representative sample of modern Britain. What they crave above all is a “no-deal” Brexit, a deal that will end the “humiliation” of the UK. As Fintan O’Toole describes it, for many of the Tory selectorate

At its heart, Brexit depends on the idea that Britain cannot be an ordinary European country and, therefore, that equality within the EU is inherently humiliating. The EU traps a business-class country in economy class, where it must writhe in resentment, hemmed in between lesser nations and tormented by visions of the silver service and fine wines it should be getting instead of “chicken or beef”.

But a no-deal Brexit comes at a cost. As the EU Commission pointed out this week, “no-deal” will be no “silver service”. It will be strictly BYOB – bring your own bottle, and pack some sandwiches as well. A no-deal Brexit will be more budget airline than business class.

In a paper on Brexit preparedness the Commission suggests that the UK’s withdrawal without an agreement, trading on WTO terms, “would have a serious negative economic impact” and that this impact “would be proportionally much greater” in the UK than in the EU-27 Member States.

The Commission bases this assertion on a number of “external studies” that include both trade and non-trade channels, which suggest a short-term reduction in UK GDP. For example, the IMF World Economic Outlook for 2019, estimates a reduction between 3.7% and 4.9%, while the Bank of England (November 2018) estimates a reduction of between 4.75% and 7.75% over five years. By contrast, the IMF estimates the average short-term impact on the EU-27 Member States as well below 1%.

Johnson promises the Tory selectorate a silver-service, no-deal Brexit if a “better deal” cannot be negotiated.

There is just one problem. He simply does not have the numbers in the Commons to deliver on that promise. Does he have a Plan B, possibly one involving ditching the hard-line Brexiteers, as we suggested last week? Maybe – as Andrew Rawnsley writes in the Observer:

“Say what you like about Boris Johnson, he can always be relied on to let you down.”

Boris really has adopted a disgracefully cavalier attitude to his classical studies. It is a question of priorities, which most of his colleagues have no difficulty in sorting out. Boris sometimes seems affronted when criticised for what amounts to a gross failure of responsibility (and surprised at the same time that he was not appointed Captain of the School for next half).

I think he honestly believes that it is churlish of us not to regard him as an exception, one who should be free of the network of obligation which binds everyone else.

Rewrite that last sentence as follows:

I think the UK honestly believes that it is churlish of the EU not to regard it as an exception, one which should be free of the network of obligation which binds everyone else.

Seems Brexit deserves Johnson. Like much else that Johnson has touched, it will probably all go horribly wrong.

5 thoughts on “3 years after #Brexit vote: EU is more united and Brexit is less clear”